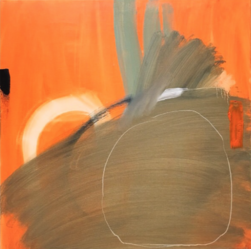 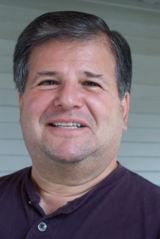 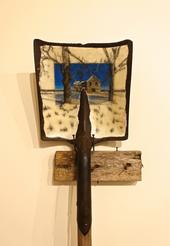 Liz is the founder and director of trustArt studios and BARICKUDA GALLERY and a mixed media artist.

She established trustArt in 2012 to provide space for artists to work and exhibit and to develop a flexible venue for creative events in the Ann Arbor Area. ​

Liz holds a BFA from The University of Michigan and an MFA in Metalsmithing from Cranbrook Academy of Art.

She is currently working with found objects, encaustic painting, and photography to create installations, sculptural objects and wall pieces.

To learn more about Liz and her work:

​I like to paint. For me, the act of painting provides an experience of heightened clarity, connectedness, awareness and awe. From abstract expressionism to ink drawings by zen priests; from Matisse to Giotto to very early cave paintings — I find inspiration in varied sources.
I’ve studied at the University of Michigan School of Art (where I got my BFA), the School of Visual Arts, New York City; attended workshops at the College of Creative Studies, Detroit, the Birmingham Bloomfield Art Center and at Kyoto Seika University, Japan. I am proud to have won grand prize at the Michigan Fine Arts Competition in 2011.